HVO–the revolutionary new renewable superfuel: the future of energy or a fashionable alternative? 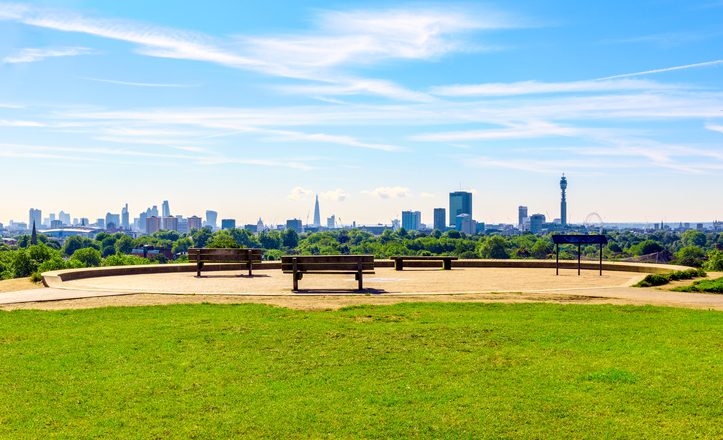 Hydrotreated Vegetable Oil or HVO for short has been talk of the town for the last 6 – 12 months with everyone wanting to know more about this new renewable fuel that can reduce carbon emissions and help businesses improve their environmental impact. Some of you will know a lot about HVO and others very little, but in this blog we look to talk a bit more about what the product is and it’s benefits, some thoughts around costs as well as supply chain and position of the UK within the global market.

First things first, what exactly is this fuel? HVO is a renewable drop in diesel replacement fuel that provides users with a 90% greenhouse gas emission reduction as well as significant air quality benefits. Its renewable status is given due to the nature of its feedstocks which is usually either plant, food or animal waste. The product is created through a hydrogenation process which simply means it was created using hydrogen instead of methanol as its “catalyst” and oxygen is removed from the vegetable oils in the process. Now you may be thinking I’ve heard of biodiesel and all the problems that it can cause, well you’re right, first generation biodiesel comes with various potential issues with performance at cold temperatures and waxing, manufacturer warranties and can require significant maintenance and infrastructure changes. HVO is a second-generation biofuel, one that is made from 100% waste feedstocks, which are put through a much more complex refining process that produces a better quality and cleaner fuel that is completely interchangeable with diesel. A true drop-in diesel replacement meaning users don’t have to make upfront changes to infrastructure or spend significant money on retrofits to ensure compatibility, you drop it in and go. HVO is included in the European Standard of EN15940 which gives a common standard that OEMs can look to warrant, and many do, the CFPP (Cold Filter Plugging Point) of HVO is much higher than that of traditional biodiesel meaning we don’t have to worry about the product waxing or freezing in the winter in the UK.

Some may not realise but HVO isn’t a new product by any means, it’s been used in commercial fuels for well over a decade across Europe and in many Scandinavian countries is available at the pump just like regular diesel for consumer use. However, in the UK the product is only just really finding it’s feet and being noticed, significantly growing in popularity over the last 12 months. Businesses are now realising that they have to do something different when it comes to fuel, and that whilst HVO is not a ‘cheap’ switch when comparing it with diesel it is the most viable and easy to implement solution for now that can have a 90% reduction impact on your businesses CO2e footprint. Compared to other future energy alternative such as electric and hydrogen it may well also be the most cost effective.

Which brings us nicely onto price, the common and natural comparison is to benchmark against diesel pricing as that’s what is being used instead. However, HVO somewhat puts itself at a disadvantage as it is such a readily available liquid fuel solution that can be used right away, so it encourages that comparison. HVO sits at around 10 – 15% above diesel price which is the first talking point when analysing HVO as a replacement fuel and understandably so, especially with off road users facing an increase of 46ppl in April 2022 then another 10% isn’t easy to swallow. However, comparing HVO with diesel isn’t necessarily the right comparison, we should be looking to compare HVO against other future energy solutions to reduce CO2e and the cost involved with that. With HVO there is no upfront investment required, compared to electric or hydrogen which require a significant amount of investment of not just money, but also time. Although these two fuel sources are the majority of businesses long term objective, in most cases it is not feasible from either a cost or application perspective and HVO can be a real solution that can be called upon now. Once businesses begin to compare the cost of HVO with the immediate benefits it brings, and ease of switching compared with electric then the price suddenly becomes more attractive.

It’s widely accepted that the world’s leading refiner of HVO is currently Neste, a Finnish oil refiner that was the first to invest in an HVO refinery in 2007. Neste have a production capacity of circa 2.4 million tonnes per year across refineries in Finland, Singapore and Rotterdam. They have around 200 retail stations across Finland where the public can use HVO in their cars and have expanded their product into service stations across Estonia, Latvia and Netherlands in Europe as well as taking their product across the world to the US with availability in Oregon.

Neste as a business have led the industry with renewable fuels and continue to do so, they are more widely recognised for their work in renewable fuel than as an oil refiner. It is worth noting they achieved a top 5 finish in consecutive years in Corporate Knights sustainability list, quite a challenge for an oil refiner, this is testament to the work they are doing. The HVO they produce is not only good quality, but it also comes with a significant amount of transparency and traceability when it comes to elements of sustainability that is critical for users to assess before moving forward with HVO. Neste’s website is a hub of information for anyone with questions of this nature, this is one of the reasons that they have become the reputable brand of choice for most users.

Globally there is currently 3.5m tonnes of standalone HVO production per year and is expected to increase to 10m tonnes by 2030.  The UK sees mostly Neste product imported in relatively small parcels, demand has really only just started to increase here, and the real demand remains in Europe. In 2019 Europe consumed around 1.8m tonnes of HVO; France was the biggest consumer, followed by Norway, Spain and Sweden. It is expected that Europe’s consumption will grow to circa 7m tonnes which is a combination of consumer demand and legislative changes leading to European refiners to use HVO more and more for blending requirements.

When it comes to supply of HVO, WP Group have a secure supply from recognised HVO importers working with Neste product, with product storage across our depot locations covering the South of England which allows a full range of drop sizes. We understand that a reliable service remains critical regardless of the product, therefore we supply HVO with the same quality service as we do with standard fuels. We offer next day deliveries, scheduled top ups and standing orders across our network.

If you are interested in switching your business to HVO, our experts at WP Group are here to help with any questions you may have around the product or supply. Click here for more information.

A reflection on 2021 within the fuels industry

COP26: How does it affect the fuel industry?

We’re proud to have a customer satisfaction score of 91%